How SD-WAN Benefits IoT: An Introduction 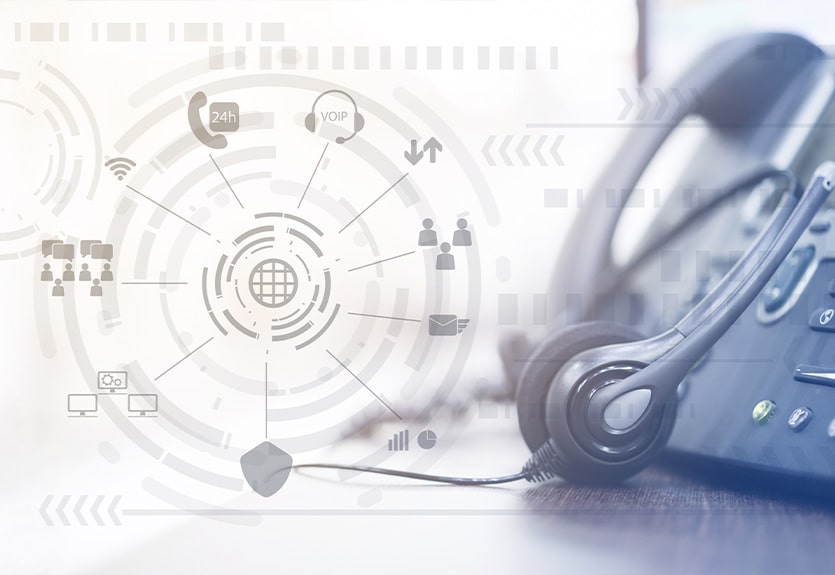 SD-WAN is a concept generating significant attention in the connectivity landscape as of late. For many companies, this technology appears to be one of the most crucial tools on the road to digital transformation.

Capable of enhancing network environments in the cloud, the SD-WAN market is growing at a phenomenal rate of 27.8% CAGR, and new vendors are emerging into the marketplace all of the time. Crucially, part of what makes Software-Defined Wide Area Networking so disruptive as a modern technology, is its ability to aid the adoption and optimization of other tools.

Already, countless companies are discovering the benefits of SD-WAN in an “as a service” communication environment. The solution can help to strengthen connections in the cloud for both unified communications and contact centre as a service strategy.

SD-WAN also holds significant potential for the edge computing model, helping to route traffic in a specific environment more effectively. Perhaps one of the areas gaining the most attention in unity with SD-WAN today, is the marketplace for IoT, or the Internet of Things.

Here’s what you need to know about IoT, and why SD-WAN could be the backbone for a new era of connected devices.

Introducing the Internet of Things

The Internet of Things, or “IoT” isn’t an entirely new concept for most companies. Investment in this area has been growing for quite some time, to the point where the market hit a value of around $310 billion in 2020.

As the world becomes increasingly digitized, and indivduals rely more heavily on connected devices for both life and work, interest in IoT is growing. Experts predict the market will be worth around $1,842 billion by 2028, growing at a rate of 24.5% CAGR.

On a basic level, IoT is a technology using sensors to collect and transmit important data (pressure, IR, proximity, temperature etc) from “things”, like cars, machines, and devices, over the internet. Data collected can then be translated into actionable insights. The more data-driven the world becomes, the more valuable IoT can be for all kinds of businesses.

The Internet of Things isn’t just an interesting concept, showcasing the potential of a digitized world, it can be a significant solution for any company investing in a future of greater efficiency and improved productivity. IoT can pave the way for enhanced connectivity in the business landscape, making it easier to transfer data from one environment to another.

The Internet of Things is also an important enabler behind the rising trend of “automation” in the business landscape, making it increasingly crucial for evolving brands. While manufacturing companies seem to be the brands making the largest investment in IoT right now, there are opportunities in a host of different industries. Some of the biggest benefits of IoT include:

The Growing Pains of the IoT Industry

So, if IoT is so impressive, why hasn’t every company and business leader embraced this technology in full? While adoption of IoT is certainly increasing, there have been some growing pains preventing this technology from reaching its full potential in recent years.

To some extent, the issues preventing adoption of IoT are the same as those preventing the rapid acceleration of various other forms of digital tools, such as uncertainty, lack of expertise in the area, and lack of funding. Processing massive amounts of IoT data also requires an exponential increase in the amount of processing power companies can access.

Ultimately, there are a number of growing pains holding us back from a new era of full IoT adoption. In fact, one study found around 60% of people believe IoT deployments look good in theory, but can often be more complicated to implement than expected.

One common issue companies face with IoT adoption is a lack of interoperability between devices. Just because a device is enabled for IoT doesn’t necessarily mean it speaks the same programming language as another product. While there has been a rapid increase in the number of IoT solutions and platforms over the years, each solution has its own IoT APIs, infrastructure, and devices, leading to a consistent issue with interoperability.

Another major issue concerning many brands is security. The IoT environment isn’t always as secure as it could be, and developers have often rushed connected solutions to market without the right safeguards in place. We’ve seen examples of countless companies struggling with this problem over the years. For instance, the Mirai botnet event allowed hackers to assemble an army of connected devices and use them to launch a massive DDoS attack against the US.

While SD-WAN can’t solve all of the problems IoT technology has to overcome, it can address one very specific issue: access to the right network resources. IoT devices require adequate network resources once they’re up and running. If these devices are left unchecked and improperly managed, they can often lead to a variety of performance issues. This is where SD-WAN comes in.

The Introduction of SD-WAN for IoT Deployments

Most companies know SD-WAN today as the powerful tool designed to improve their communication strategies and app access in a distributed environment. However, SD-WAN has a huge range of use cases, including an opportunity to significantly improve the SD-WAN marketplace.

Software-Defined Wide Area Networking is a networking methodology which decouples networking hardware from the mechanism it uses for control. This can be particularly useful for IoT deployments. With SD-WAN, companies can gain the real-time stability and visibility required to control comprehensive IoT devices in an evolving global network.

The sheer level of control provided by SD-WAN means it’s possible for companies to centralize access to their range of powerful connected tools. Network administrators can more conveniently manage all of their connected endpoints from a single location. Additionally, SD-WAN can simplify the headaches of traffic management, minimizing the risk of network outages, and improving security at the same time.

For companies looking into the benefits of IoT for efficiency, cost-savings and countless other use cases, SD-WAN can be a lucrative and intelligence solution for streamlining communications. You can improve the flow of data from IoT edge devices from your centralized data center, and access crucial information more rapidly, allowing for true real-time insights.

With SD-WAN, companies can prioritize the flow of data from specific applications, and choose the best WAN path for the traffic, reducing issues with latency, while simultaneously securing sensitive data running through network links. As SD-WAN evolves and new opportunities like SASE emerge, we’ll see even greater opportunities for securing IoT on the network edge.

The Benefits of SD-WAN for IoT Deployments

For IoT deployments and applications, SD-WAN offers a level of end-to-end visibility and control it’s difficult to access anywhere else. Increasingly, experts are beginning to see SD-WAN as the ultimate partner for IoT deployments, just as its becoming an important tool for the introduction of other digitally disruptive tools like UCaaS.

Some of the most significant benefits of SD-WAN for IoT include:
Centralized visibility and application management
Although companies are striving to make progress in the IoT environment from a security perspective, current deployments still expose people to a significant amount of risk and complexity, which need to be controlled as effectively as possible. Most companies have several remote locations they need to consider in an IoT deployment, containing hundreds, or even thousands of devices.

To achieve absolute security and compliance, while improving performance levels, it’s important to monitor the performance of a dynamic network of tools at all times. This can be extremely difficult to do without the centralized environment SD-WAN provides. With an SD-WAN solution, companies can eliminate the need for multiple interfaces, and offer a single-pane-of-glass space instead.

This centralized approach to cloud tracking means companies can access a full real-time visibility into the network’s performance. Ultimately, the centralized visibility and management components of SD-WAN mean companies can more effectively organize assets, ensure network resilience, and boost routing performance, to keep companies running smoothly.
Reduced complexity for IoT Deployments
Today’s IoT devices use diverse mobile, fixed, wireless, and wired connections with a huge range of variations in speeds, protocols, media types, and algorithms. Keeping track of and managing all of these connectivity options can be extremely difficult in an environment without access to SD-WAN.

With it’s high level of flexibility, and ability to set up automated routing paths within the network environment, SD-WAN can be the perfect solution for minimizing complexity, and improving results. The SD-WAN landscape allows organizations to combine various connectivity options into a single hybrid network, with built-in redundancy to improve the reliability of any critical IoT applications. The centralized control environment can then be embedded with automated intelligent routing decision-making policies.

At the same time, SD-WAN offers access to zero-touch provisioning capabilities, with automated device connectivity and routing paths. This capability can significantly simplify the management of various things from device security, to access control, networking and communications. You can even leverage SD-WAN offerings as a cloud-based service, which further simplifies more extensive, enterprise-wide SD-WAN deployments.

With SD-WAN, every IT team doesn’t need to manage and maintain its own centralized data center. The result is a much faster installation of IoT assets in the first place, as well as simpler management and control overall for the long-term.
Reduced Security Risks
Perhaps the most compelling benefit of SD-WAN for IoT deployments is the reduced number of security risks business users can face. Security risks have always been one of the major concerns for any company implementing IoT deployments. After all, most IoT devices don’t have great security, and new data breach stories are emerging in the media all the time.

SD-WAN helps to improve IoT security by allowing for fine-grained WAN segmentation. Through the segmentation of the wide area network, you can isolate IoT devices from your environment. Though this doesn’t stop attacks entirely, it can prevent hackers from gaining access to sensitive pieces of information through a back door, and reduce the severity of attacks.

SD-WAN can also virtualize various security services so they can be deployed as software solutions throughout an extended network. Advanced SD-WAN solutions and SASE technology offerings are now available to support a wide range of connections, while automatically prioritizing latency-sensitive applications for better bandwidth and performance.

The Future of SD-WAN and IoT

The IoT is getting bigger all the time, and the demand for intelligent networking solutions like SD-WAN is growing right alongside it. Combined, these two solutions could allow for a more secure, centralized, and manageable approach to a future of connected devices.

As long as users have access to the right innovative solutions for SD-WAN, exploiting new opportunities in the IoT landscape can be easy, reducing unnecessary risks, complexities and costs on a significant level. 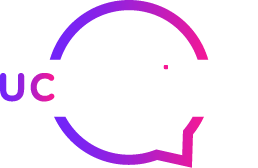 Send us an email

This website uses cookies to improve your experience while you navigate through the website. Out of these, the cookies that are categorized as necessary are stored on your browser as they are essential for the working of basic functionalities of the website. We also use third-party cookies that help us analyze and understand how you use this website. These cookies will be stored in your browser only with your consent. You also have the option to opt-out of these cookies. But opting out of some of these cookies may affect your browsing experience.
Necessary Always Enabled
Necessary cookies are absolutely essential for the website to function properly. This category only includes cookies that ensures basic functionalities and security features of the website. These cookies do not store any personal information.
Non-necessary
Any cookies that may not be particularly necessary for the website to function and is used specifically to collect user personal data via analytics, ads, other embedded contents are termed as non-necessary cookies. It is mandatory to procure user consent prior to running these cookies on your website.
SAVE & ACCEPT